For years, residents of Cape Ann have lined up at the Annisquam Village Hall before the doors open for the annual Christmas Fair to purchase the beautiful greens, gifts, and gourmet goodies made by the ladies of the Annisquam Sewing Circle.

The fair is known for its beautiful wreaths, but there will also be decorated boxwood trees and mantle and table centerpieces suitable for smaller spaces. 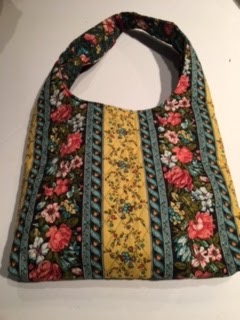 The abundance and variety of handcrafted items will dazzle the eye—sweaters, socks, hats and mittens; placemats, potholders and monogrammed dish towels; needlepoint tree ornaments created by the members of the Annisquam Sewing CIrcle just for this fair, as well as many more one-of-a-kind items that will not be found anywhere else! Once again,  Circle member Grace Murray has knitted one of her unique hats (her 335th!), which will be offered in the Silent Auction. Only one of these hats will be available at the Fair. Also, another one-of-a-kind item! Connie Mason has created one of her needlepoint doorstops which will be in the Silent auction.

Beautifully wrapped foods and baked goods grace the gourmet table —from homemade preserves to fancy cakes, gluten-free items and even Food for Fido and your Favorite Feline. The fair also features a glittering display of costume jewelry which for many shoppers is a destination itself. Hostess baskets and grab bags are also popular traditional items at the Fair.

A delicious three-course luncheon will be served at 12:30. Tickets are $18 and reservations are recommended.: send request to: AnnisquamSewingCircle@gmail.com